Police appeal to public in search for Joseph Driscoll

The Kamloops RCMP Detachment is releasing a new photo of Joseph Driscoll in hopes of furthering its investigation into his disappearance. 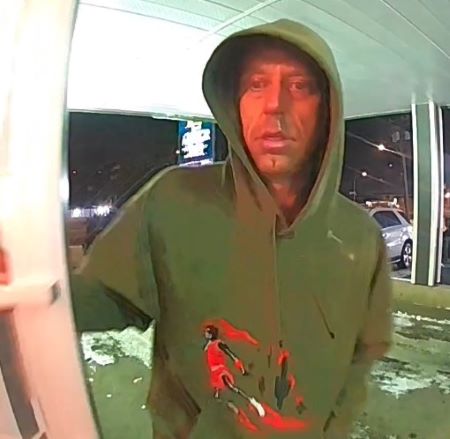 Since the initial appeal to the public, police have collected video footage that confirms Joseph was not dressed for the weather and was outside in the Valleyview area for some time, said Corporal Crystal Evelyn, Kamloops RCMP spokesperson. Police are very concerned for his wellbeing and are asking residents to please check their sheds and outbuildings, as well as their home security or dash cameras, for any signs that he could have been there.

On Nov. 11, around 11:50 p.m., Joseph was seen on video walking away from the Tournament Inn. Around 1:30 a.m. on Nov. 12, a security camera captured an image of him at a Valleyview motel. About 15 minutes later, he was observed on the 1700-block of the East Trans Canada Highway, near Wendy’s and McDonald’s in Valleyview.

We are releasing the image of Joseph taken around 1:30 a.m. in hopes that someone will recognize him, or his clothing, in particular his unique dark sweater with fluorescent character on the front, added Cpl. Evelyn. He was also wearing dark long-john style pants and ankle boots.

Joseph is described as: